An Invention Which Can Solve Power Crisis

An Artificial Leaf Invented Which Can Solve Power Crisis
Scientists have created the world’s first practical artificial leaf that can turn sunlight and water into energy, which they claim could pave the way for a cheaper source of power. 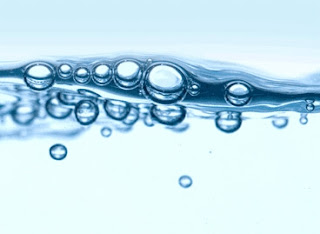 An important step toward realizing the dream of an inexpensive and simple “artificial leaf,” a device to harness solar energy by splitting water molecules, has been accomplished by two separate teams of researchers at MIT

A team at Massachusetts Institute of Technology (MIT) says that the artificial leaf from silicon, electronics and various catalysts which spur chemical reactions within the device, can use sunlight to break water into hydrogen and oxygen which can then be used to create electricity in a separate fuel cell. 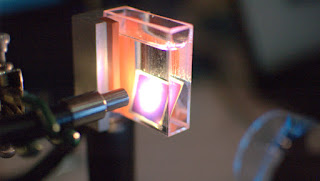 Making hydrogen gas (the bubbles) from a solar cell in water, a Sun Catalytix prototype.

“A practical artificial leaf has been one of the Holy Grails of science for decades. We believe we have done it. And placed in a gallon of water and left in sun, these artificial leaves could provide a home in the developing world with basic electricity for a day,” Daniel Nocera, who led the team, said.
He added: “Our goal is to make each home its own power station. One can envision villages in India and Africa not long from now purchasing an affordable basic power system based on this technology.”

Both teams produced devices that combine a standard silicon solar cell with a catalyst developed three years ago by professor Daniel Nocera. When submerged in water and exposed to sunlight, the devices cause bubbles of oxygen to separate out of the water.
The next step to producing a full, usable artificial leaf, explains Nocera, the Henry Dreyfus Professor of Energy and professor of chemistry, will be to integrate the final ingredient: an additional catalyst to bubble out the water’s hydrogen atoms. In the current devices, hydrogen atoms are simply dissociated into the solution as loose protons and electrons. If a catalyst could produce fully formed hydrogen molecules (H2), the molecules could be used to generate electricity or to make fuel for vehicles. Realization of that step, Nocera says, will be the subject of a forthcoming paper.

The reports by the two teams were published in the journals Energy & Environmental Science on May 12, and the Proceedings of the National Academy of Sciences on June 6. Nocera encouraged two different teams to work on the project so that each could bring their special expertise to addressing the problem, and says the fact that both succeeded “speaks to the versatility of the catalyst system.”

Nocera’s ultimate goal is to produce an “artificial leaf” so simple and so inexpensive that it could be made widely available to the billions of people in the world who lack access to adequate, reliable sources of electricity. What’s needed to accomplish that, in addition to stepping up the voltage, is the addition of a second catalyst material to the other side of the silicon cell, Nocera says.


The “leaf” system, by contrast, is “still a science project,” Nocera says. “We haven’t even gotten to what I would call an engineering design.” He hopes, however, that the artificial leaf could become a reality within three years.