The History Of Radio And TV Broadcast In Malaysia 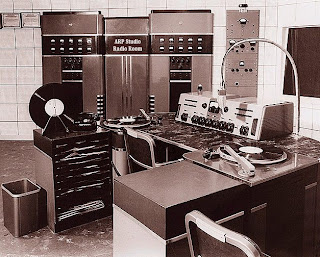 Malaysia was one of the earliest British colonies to operate a radio broadcasting service. However, the British government did not show much interest in radio in its early stage of development (Asiah Sarji, 1994) Amateurs electric companies, telecommunication personnel, and radio enthusiasts were among those who started the ball rolling. In 1921 A.L Birch, the chief electrical engineer of the Johore state government, experimented with a Peto Scott type of wireless set obtained from overseas (Malay Mail July 30 1921). In 1923 he formed the Johore Wireless Society, which triggered the formation of nearly one dozen radio societies throughout Malaya.  News music, and songs from the phonograms were among the first programmes broadcast.
The first radio station was established not in Singapore but in Kuala Lumpur. It was the up-country gathering point for rubber estate workers and tin mines and also the capital of the Federated Malay States. It was an unofficial and an amateur radio club, which organized plans to creat a local service. Although experimental broadcasts of the Singapore amateur group had begun earlier, the Kuala Lumpur operation was more successful. The Kuala Lumpur Amateur Wireless Society started experimental work in November 1929 and officially commenced its regular broadcast service at 6.30 pm with “tea dance music from the Selangor Club”. A talk on the acvtivities of the radio club was also transmitted that night. For this and subsequent broadcast, the group was allowed the use of the Post and Telegraph Department transmitter located at Petaling Hil. The station had been constructed in 1928, and than rebuilt the following year to make it permanent installation. This was the the central station in the Malayan telegraphic network, but the amateurs managed to convert it to operate telephonically so that voices and music as well as morse code could be transmitted.
In 1931 the Kuala Lumpur Amateur Radio Society (KLARS) acquired its own transmitter a crystal controlled “Marconi S3A” through government channels and begun using it in May 1931. The chief enhancement afforded by the new equipment was that it operated on shortwave. By functioning on much higher frequencies, the transmitter could provide signals to cover the full length of the peninsula, parts of the Netherlands East Indies and Borneo, even though its power was only 180 watts. The post and Telegraphs Department of the Federated Malay States (FMS) was responsible once again for providing the new equipment to the amateurs, and it volunteered to “render any assistance to the society” The selection of the exact wavelength was debated upon by the members, but in the end 75 meter band (4 Mhz) was chosen as best fro reception for the whole country. After two years of operation, the station shifted to 48.92 meter band or 6.125 MHz. In 1933 more permanence was given to the amateurs when they were allocated space to construct a studio next to the transmitting room at Petaling Hill. 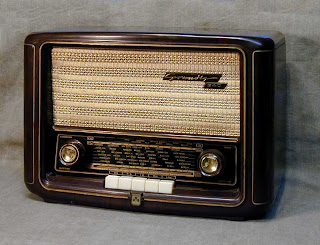 The broadcasting facilities came in handy for the Japanese during their occupation of three years and eight months. They used broadcasting for propaganda. After the Japanese surrender, the British military administration took charge of broadcasting. On April 1, 1946, the day the Malayan Union came, the government setup the Department of Broadcasting or Radio Malaya (Glattbach & Balakrishnan, 1978: Sarji 1994). The sole function of broadcasting until the country independence in 1957 was to help the government to control the social and political confusion that followed the war and the communist of 1948. 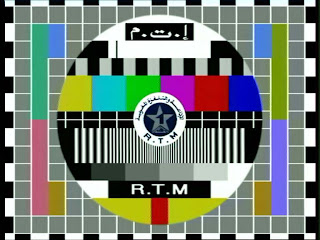 Radio Television Malaysia (RTM) first introduced black and white TV on December 28, 1963. The opening was done by the Prim Minister Tuanku Abdul Rahman at 6pm and the first person who appear on the TV Screen was 9M2RI ( Raja Iskandar) with the establishment of one TV network, Saluran 5 TV Malaysia which operated from its temporary studio in Dewan Tuanku Abdul Rahman in Jalan Ampang Kuala Lumpur. At that time the transmission was from 6.00pm to 9.00pm on the week days and on weekends from 6.00pm to 11.00pm. Initially its area of coverage was confined only to the capital city. Later between 1964 and 1965, the nation withnessed the greater expansion of TV transmitters. Finally on October 6, 1969 broadcast operations in the nation’s capital moved to its present site Angkasapuri. Six days later radio and TV broadcasting operations were officially merged and kept under the purview of the Malaysian Information Department on November 17, 1969, RTM started its second network. In 1969 channel 2 was launched and in 1978 colour TV was introduced. Despite the rapid development of broadcast in West Malaysia, East Malaysia received their first broadcasting programmes in 1971 (Sabah) and 1975 (Sarawak).