What Is WWV and WWVH

DID YOU KNOW? WWV AND WWVH

In the era of internet we don't think this is important anymore......
We are  very sure that the Old Radio Hams should knows what is WWV and WWVH

Radio stations WWV
and WWVH broadcast time and frequency information 24 hours a day, seven days a week to millions of listeners worldwide. On 10.000Mhz and 15.000Mhz 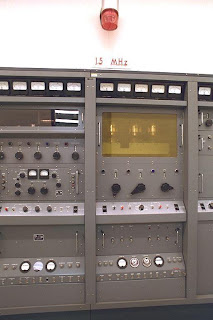 The primary functions of WWV and WWVH are to transmit official standard time on highly accurate reference frequencies traceable to the U.S. national standard. Other stations also serve similar functions in other countries.

In addition to those primary functions, these stations serve another important function in providing means to quickly check radio propagation conditions from multiple locations on a variety of widely spaced frequencies. That function is especially important to radio amateurs, shortwave listeners, and others interested in radio propagation. These stations serve that function better than most other shortwave stations, because they transmit constantly from known locations with known power levels using known antenna systems.

The ARRL Letter says that the stations are administered by the National
Institute of Standards and Technology, WWV is located in Fort Collins,
Colorado, about 60 miles north of Denver; WWVH is located on the Island
of Kauai, Hawaii on a 30 acre site near Kekaha at Kokole Point. Both
stations broadcast information that includes time announcements,
standard time intervals, standard frequencies, UT1 time corrections, a
BCD time code, geophysical alerts, marine storm warnings and Global
Positioning System (GPS) status reports. 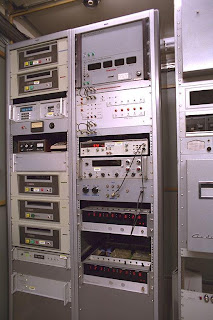 Most hams today think of WWV and WWVH as "time stations." According to
QST Editor Steve Ford, WB8IMY, that's only half-true: they are really
time and frequency stations.
"The time signals that you hear are regulated by an atomic clock that uses
the oscillations of Cesium atoms as its standard;
9,162,361,770 oscillations equal 1 second," wrote Ford in the June 1994
issue of QST.
Posted by FTDX400 at 12:10 AM